​Thanks to The Acorn for writing this amazing piece and my work with CTV and "The Buzz"!

I had a lovely piece written on me and my work on "The Buzz" for CTV. Thanks to Susan Pascal and Conejo Valley Happening Magazine!

Get ‘The Buzz’ on Laura Nickerson Calabasas residents know Laura Nickerson as the effervescent host of Calabasas TV’s popular The Buzz, but what many don’t realize is that she has an impressive pedigree as a trained thespian. After attending the American Academy of Dramatic Arts in Pasadena with a short stint at Oxford’s prestigious Shakespeare company, Nickerson spent 15 years acting in […]

I faced off with Bill Maher, and survived... 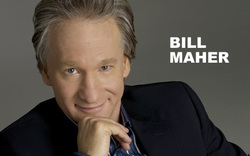 I had the opportunity to be interviewed as a "Talking Head" on Cara Santa Maria's new HBO pilot "Talk Nerdy To Me", produced by Bill Maher.  Needless to say, I was beyond nervous when I was asked to just sit and "wing it" with Bill Maher, but in the end he was lovely and I had a blast!  Find me in the Sizzle Reel:

I was thrilled to anchor the election coverage for the City of Calabasas with Fox's Pablo Pereira. It was an exciting night and the entire CTV team did a fantastic job! Thanks to Besitos in Calabasas for dressing me and The Dailey Method Calabasas for keeping me in shape.

Executive Producing and Hosting a show I created is hands down one of the coolest things I have ever done. We started taping our second season and it airs Monday nights at 9pm on City 16 in Santa Monica. If you are not in the area, you can stream during showtime at www.citytv.org or check www.broadtopicstv.com for the details.

Here is an interview with Lawyer Gloria Allred, who was really surprised me with some of the things she said. Subscribe on our youtube page www.youtube.com/BroadTopicsTV for more clips and interviews.

Catch me on the Los Angeles Radio Waves as a Clear Channel Traffic Reporter!

I joined Total Traffic Los Angeles as an On-Air Traffic Reporter for Clear Channel stations including KFI, KTLK, and many others this winter and never dreamed I would learn so much about the Los Angeles Freeways!  I do find it ironic, however, when I get stuck in traffic on my way home... 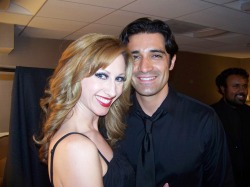 Recently I had the pleasure of singing and dancing with some of the biggest names in Hollywood at the "Night at Sardi's" charity event for the Alzheimer's Association.  It was a Kander and Ebb revue so I donned a corset and fishnets once again to tear up the stage with Eric McCormack, Samantha Harris, David Hyde Pierce, and many more extremely attractive people.  Hosted by Seth Rogan and honoring Gary Marshall and family, it was quite a wild evening! 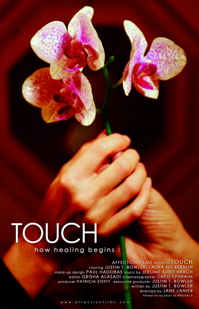 "Touch" is an amazing film by Justin T. Bowler and directed by Jane Lanier about two very fragile souls finding comfort in the most unlikely of places.  I was very fortunate to play the female lead in this unique film and am wishing it luck in the festival circuit! Check out the trailer below.

Remember the "DUEL" debacle on ABC?  Well those of you that know the story know that I didn't get to play the world's most boring game show and it wasn't pretty. I did, however, make most of their promos including this one:

Check me out on "The DAMage Report"

I had a great time guest hosting on the show, it was fun to be able to swear and talk with men!  Click on the logo for the link.

It's now been over 5 years that BROAD TOPICS has been on the air! Serving as producer and one of the hosts, it is truly a labor of love for me and I am so proud of how it has grown.  Check it out live on Tuesday evenings from 7-9 PM PST at www.latalkradio.com or visit our site to download previous episodes, comment, play games, or ask questions at www.broadtopicsradio.com.

I have a case of "Dirty Face" in this video for Clarisonic.  Tee-hee!